Learn More About Krystal and Our Practice

The Mission of Wings of the Future is to facilitate the healing process of marginalized families from trauma so that they can emerge into functional family systems.

Our mission is carried out by psycho-educating our families about the correlation between attachment trauma, domestic violence, addiction, mental health and dysfunctional family relationships. We specifically accomplish our mission by providing various culturally specific parenting groups, psychotherapy groups, individual psychotherapy/ counseling, couples and family therapy, consultations as well as trauma groups and workshops in the community. Our families are typically involved in the legal system which includes: Department of Children and Family Services (DCFS), Family Court, Probation or have court ordered treatment.

We aim to assist our families with developing the skills necessary to create healthy and rewarding relationships. To ensure our families receive consistent and effective treatment we incorporate the Core Practice Model (CPM), Five Protective Factors Model and include their Adverse Childhood Experiences (ACE) Score which helps better inform our clinical treatment. We believe these models embody the treatment values of Wings of The Future and is the key to positive long-term results for our families.

Families learn how to minimize attachment trauma or heal trauma as well as effectively cope with grief and loss, mental illness or other family stress. Families also learn to set and maintain healthy boundaries, grow and develop inter-personally and psychologically through the therapeutic process. In Individual, couples, and group psychotherapy, participates come to appreciate the uniqueness of their families and discover new ways to develop their family’s full potential. We have seen individuals and families make progress such as have their children returned, DCFS cases closed, or receive more time with their children including 50/50 custody. Who is Krystal Boothe?

Krystal Boothe, LCSW is a Licensed Clinical Social Worker and owner of Wings of the Future. Krystal grew up in Detroit, MI from an underprivileged family in a abusive home; her father had two wives. The abusive environment made a major impact in her schooling, she had special educational classes. As an adult, she found herself repeating the cycle of abuse; she became a victim. “[I] was in an abusive relationship for nine long years, but [no] one could tell. [I covered] my pain…and suffered in silence.” After leaving her abuser, she married her current husband in 1999, but after 14 years of marriage they divorced only to reunite after 3 years to found Wings of the Future shortly after.

My goal in life has always been the same, to change my life and help others do the same. My career in life started out working in minimum wage jobs and [I] quickly learned that this was extremely limiting for me. Eventually, [I] found out that since I completed 90 credit hours in college [I] could apply for a Substitute Teacher Position. I spent 9 years working in the education field and it was a rewarding experience.

Though my educational career was wonderful, when a friend recommended me for the Mental Health field as a Case Manager for GLASS (Gay and Lesbian Adolescent Social Services) I jump at the opportunity to work with at-risk youth. This job finally met my goal to assist the adolescent population in my community. Following my one year stay with GLASS I applied and started to work with Optimist Mental Health as a FSP Case Manager once again working with families in my community. While working with Optimist I was eventually accepted into USC and I completed two internships one working with the Juvenile Corrections for the Department of Mental Health and Children’s Bureau as a Therapist for families and children.

Since then I have worked for DMH and Juvenile Corrections as a Psychiatric Social Worker I in Lancaster for over 4 years. I then took a position as Director of Social Services for the Chronically Mentally Ill in Los Angeles. It is there that I studied and received my License as a Clinical Social Worker (LCSW) and continued my career working in Forensic Social Worker with the adult population at Gateway Hospital Forensic Community Conditional Release Program.

I’m currently a Licensed Clinical Social Worker working with dual diagnosis client’s at a Substance Abuse Treatment Facility. I’ve been in the Mental Health field for over 10 years and there is nothing that I find more rewarding in my career then using my expertise to help people identify and overcome trauma from childhood. I believe it is this trauma that has impacted so many people’s lives and I have found it to be the primary reason for emotional dysregulation in many of my patients. 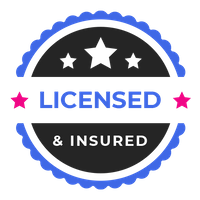